The first time I went to Japan I broke my smartphone cover and my poor wee Android Samsung Galaxy S7+™ was left shivering, naked in the cold.

When I found one I liked in a shop in Akiba it was just a little too small, like the many t-shirts over there that, while they might proclaim 'Medium' on the tag, pinch my shoulders and stop halfway between my jeans and belly button, making me look like an 80's Madonna. The t-shirt problem is just because I'm 6"2 and Japan isn't made for giant savages like myself, but the phone case was because the shop only sold iPhone cases. I thought it was a one-off coincidence that the shop specialized in iPhone cases, before going into one, then another, then another phone case shop only to find that they were all pretty much exclusive to iPhone. Even the Pokemon Centre - a wonderland with not only 300 different varieties of Pikachu merch (pencils, pillows, surfer Pikachu plushies, detective Pikachu plushies, bookmarks, socks, handcuffs, and dice[1]) but also plushies of Pokemon I didn't even know the name of[2] - sold exclusively iPhone gear.

It turns out there's a good reason for all the android discrimination in Japan and it's just a matter of catering for the market. It's a quirk of Japan that unlike the rest of the world where Android takes most of the market share (just over 75% of smartphones worldwide are Android phones) in Japan it's flipped the other way and most smartphone users have an iPhone - almost 80% as of the start of this year[3]. I'm not sure why this is - this article from The Verge points to a few possible factors, such as first mover advantage and a strong relationship between Softbank's Masayoshi Son and Jobs. Incidentally, Japan's influence on the iPhone was what brought emoji to the mainstream. The word is a portmanteau of 'emotion' and 'ji' which means 'character' in Japanese.

While convenient for Japanese companies who can save on the software side and develop their apps just for iPhone, it's a bit inconvenient for people like me who have an Android phone. On top of that, I live outside the Great Region-locked Firewall of Japan and don't have access to all the apps that are available on the Japanese version of Google Play.

Hopefully this post can save someone else the time I spent digging around and then researching for myself.

Why use a Japanese-Japanese dictionary anyway?

Any attempt at using one language to define meanings of words from another language is going to be imperfect at best. Some things just don't map perfectly from one language to another, or require a lengthy English definition to explain something that can be succinctly explained in the original language.

It's also an immersion aid. In order to learn any language to fluency, your goal should be to be able to think in the target language. Constantly translating English thoughts into their Japanese equivalent takes friction and mental energy, and the only way to acquire fluency is to think and speak directly in the target language. Learning definitions in your original language is just a crutch to get started. Once you've got enough Japanese under your belt, it doesn't make sense to be switching back to English to define new words. Just learn the meaning of the word in the same language as the word itself - you know, like we do with English language dictionaries. I'll talk more about this in my upcoming '2 years of Japanese' post.

If you got here by googling 'Android Japanese Dictionary' or for you millenials out there, アンドロイド国語辞典, you can skip to this part. In hindsight this probably would've been more useful if it had been at the top of the page.

Goo is pretty good - overall it would be my first pick except that I specifically want a dictionary that works offline as well for when I'm on a plane or in remote areas of Australia.

This is the app I default to the most, due to the more detailed entries and extra example sentences. The one thing preventing me from recommending it as the best is the fact that you have to download an extra app store to get to it. Thanks Japan.

I didn't personally like this one if only because the usability of it - copy and paste - isn't the best, and I like being able to copy and paste the examples. The major thing it has going for it is that the vertical orientation of the text separates logical chunks of the entry better than the Sanseido version as you can see in the screenshots.

From my brief reading, this has exactly the same contents as the above app, but has horizontal text, easier to read font, and supports copy and paste. If you aren't willing to use the Amazon app store to get the Super Daijirin, this is the one I recommend.

This is probably my second favourite after Super Daijirin with the downside being that longer entries seem to have 'lost' their formatting compared to the above vertically laid out version, making it harder to read. It's already hard enough to read Japanese and it's moon runes without also having to work through a wall of text.

A picture is worth a thousand words, as the saying goes, so I've gone ahead and taken screenshots of a few words from each dictionary so you can compare. Excuse the shoddy editing to put them side by side, this is what I can do with ten minutes and Windows Paint. Please don't sue me Japan, k thx.

From left to right in each of the below images: goo, スーパー大辞林, 新明解国語辞典, 三省堂新明解 (same order as they were listed above.

Unfortunately there is no clear winner in these apps so you'll have to make the decision by weighing up the pros and cons above and choosing what works best for you.

If you are ok with downloading and using the Amazon app store instead of Google Play: Get the Super Daijirin dictionary.

If you want a dictionary with the original formatting intact and don't care about copy and paste: Use the Shinmeikai version from logovista.

If you don't want to download the Amazon app store and you want copy and paste: Get the Sanseido Shinmeikai app.

How do I use these dictionaries? What do all these symbols mean?

That is a good question and one answered pretty well by this post on Japanese Level Up. If you still have questions after reading that, post them in the comments below and I'll do my best to answer, assuming the notifications on this site are set up correctly and I get emailed about it.

In particular, one thing I found that wasn't explained on the JALUP post was the occasional appearance of a small triangle next to a word in an entry. Apparently this means it is a non-standard reading, i.e. not one encountered by the end of high school for Japanese students. See this screenshot for an example of the triangle entry for 走る.

What if I do have an iPhone?

If you somehow got to this post, and are reading this, and don't have an Android, what are you doing? Points for persistence, I can't imagine the type of person you'd have to be to get this far on a post this useless for your needs.

I can't give advice based on personal experience, if I had an iphone I wouldn't be writing this. That said, from the posts I read while doing my own research this (click) is the one most highly recommended.

What about an English-Japanese dictionary?

If you're not masochistic enough to go J-J yet, or just a beginner, I'll shout out Akebi (link to store) as my J-E dictionary of choice. It has offline usage, example sentences for most words, and kanji search, and is overall an awesome app that I used daily before I decided I was sick of reading without getting a headache and switched to monolingual dictionaries.

1: Ok maybe not the handcuffs.

2: You might be thinking "Of course you don't know the name of all of them,  there are over 800 now' and if you are - first, congratulations on keeping up with a kids anime and game series for over two decades. You'd also be wrong. If there's anything I've done with my life that might be considered a total waste  of time it would be the encyclopaedic knowledge of Pokemon that I spent  my teenage years amassing. I once spent a ten hour road trip with my  high school friends playing 'guess that pokemon' were we would try to stump each other. We started by describing a type and general theme of a Pokemon and then when that was too easy we upped the stakes by having  to guess the name just from hearing a Pokemon's "cry" - all of which  are just variations of digital screeching, and many just subtly modulated versions of another Pokemon. I guess my point here  is that when I say they had Pokemon I didn't recognize, I was using the  art of poetic license and lying, because of course I recognized them all[4].

4: I have yet to meet anyone who recognized the Volcanion plushie on my shelf  without help, which I completely don't understand because what could be cooler than something that's half volcano and half onion. 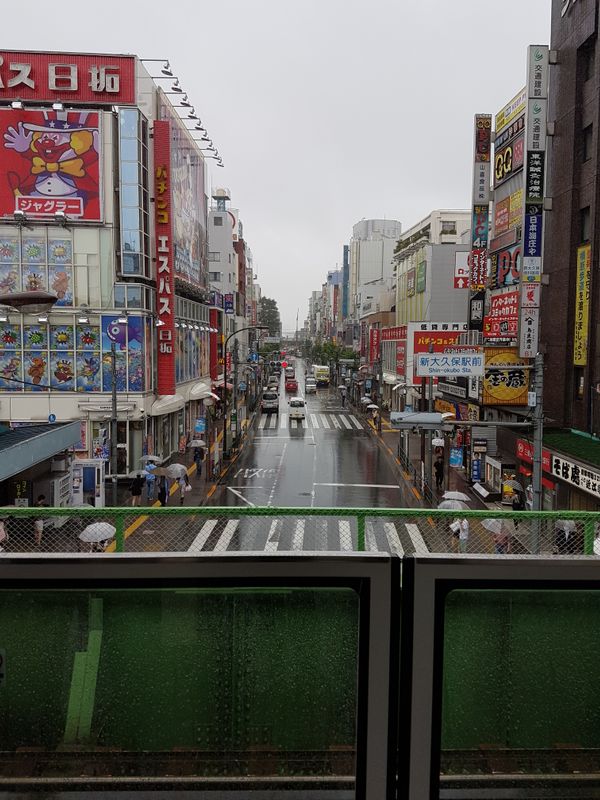 A new years resolutions post in June? Huh? See my previous post for context. I'm catching up on the backlog and well, better late than never.