In the past I've been dismissive of people who watch a lot of TED talks and then treat them as gospel. Last time I quizzed someone on a point they learned from a TED talk, they couldn't remember much beyond the main point the video was making (and I can't remember what they were trying to teach me either, which goes to show how memorable it was). I don't like taking on a new insight or idea unless I can talk in enough depth about it to teach to others, and I generally think that ten minutes or so isn't enough time to really understand something. It's easy to forget everything that you've watched, and to really internalize a point, I prefer reading in-depth.

I have to eat my words though, because for Start With Why, it turns out there isn't much depth beyond what's in the TED talk[1].

Start With Why came highly recommended as a good book on leadership, from a couple of managers that I asked for recommendations, as well as numerous online lists about management and 'vision.' I have to wonder why they thought it was good - maybe I'm just not the target audience. There are a few other books I've read (particularly motivational books) that I felt the same way about. They just seemed full of obvious platitudes. Ditto for Start With Why; somehow, despite being recommended to me by several people and many places on the internet, it just seemed obvious and full of fluff. There was very little actionable and concrete advice, and the author's credibility was hurt by the number of things he said which are plain wrong, as well as the fact that he'd done nothing of value before writing the book. He admits himself that his story is essentially:

So there's no real proof that any businesses actually used this insight to any success; probably because the 'insight' was completely obvious. But I'm getting ahead of myself.

Things that made me roll my eyes

There was a lot of pseudoscience, and this instantly turns me off a book. For example:

This is just plain wrong. As a marketer, he should know full well that providing different varieties of toothpaste that all do essentially the same thing has calculated psychological reasons. First, it offers an illusion of choice and gains credibility by having lots of specific different formulations; 'They must really know their stuff!'. Second, to take up more shelf space. Every product in a supermarket is competing with all the others on the shelf for attention. If Colgate wants to take up an entire rack and have the customer confronted with a wall of 'COLGATE' emblazoned packaging, having n different toothpastes in m different sizes allows for a dominant display which is more likely to catch a customer's eye first.[3] A wall of toothpaste in a typical supermarket (thanks Google). Which brand are you most attracted to?

Another example that made me do a double take:

'The trust the circus management gives him by providing him a net is probably afforded to other performers too. '

...What? Is he implying that there are circuses out there that don't provide nets for their aerial performers to practice? This isn't a trust thing, it's a 'performers not dying when they practice new tricks' thing. I hope I misinterpreted this but the way it sounds in the book is that basic workplace safety is a choice and isn't legally mandated.

I love asking businesses what their conversion is on new business efforts. Many answer proudly, “Ten percent.” Even if you ignore the principles of The Golden Circle, the law of averages says you can win about 10 percent of the business. Throw enough spaghetti against the wall and some of it sticks.

That is... not what the law of averages says. Citation needed on where this magical and suspiciously round number of '10%' comes from. His point about 'throw enough spaghetti at the wall and some of it sticks' is fair, but you don't need - and shouldn't use - garbage pseudoscience to back it up. It hurts your credibility with people who actually know what the law of averages is.

I meet a lot of entrepreneurs and it is amazing how many of them tell me their goal is to build a billion-dollar company. The odds, however, are significantly stacked against them. There are 27.7 million registered businesses in the United States today and only a thousand of them get to be FORTUNE 1000 companies, which these days requires about $1.5 billion in annual revenues. That means that less than .004 percent of all companies make it to the illustrious list

More shit math. 'Fortune 1000 companies' is not the same set as 'billion dollar companies' and past performance isn't a limit on future performance. Once again, his point about it being very hard to build a billion dollar business is not inaccurate, but his use of bad math makes me roll my eyes and take the book less seriously. If he sacrifices accuracy in the service of supporting his point even a few times, how can I trust the rest of the book's thesis?

I won't keep quoting examples - you get the idea.

I take notes as I read books because I like to know that I won't forget the books I read, or the things that I learn while reading them. I took a total of two ideas away from the 231 pages in the book, which I will now share so you don't have to read it.

First: 'Company values must be verbs not nouns'

This is interesting, and not something I'd previously noticed. When I look at the 'Leadership Principles' that my workplace tells its employees to run their (working) life by, they are indeed all verbs. When I think of previous employers I've had, with values that fell flat like 'Sincerity' they were indeed, not verbs. I don't think I'll be in a position where I'm formulating company values any time soon, but it's useful on a micro level for setting team guidelines.

Second: Achievement comes from pursuing what you want. Success comes from understanding why you want it.

Hmm. It's a quotable platitude but not inaccurate. If you don't know why you're chasing your goals then you won't feel very fulfilled when you achieve them. No arguments there.

Oh, and there's the core thesis of the book, which I've somehow missed mentioning till now. It's right there in the title of the book: 'Start with Why'. To paraphrase, every business should try to have a compelling 'Why' it exists, so as to better align and motivate the people inside that business. If you have a compelling why - for example Facebook's 'connect the world'[4] then anyone who subscribes to that vision will gravitate toward the company, and anyone working inside the company can make decisions in service of that vision independently. Contrast with 'make more money for shareholders' which is neither compelling nor useful for decision making in the long term. This insight is useful if you don't know it, but I didn't find value in the book because I found it completely obvious and unfortunately Sinek's exploration of the topic didn't get much more nuanced than that over the course of 200+ pages. Perhaps it was obvious because I'd already learned or noticed it from my own experience in the workplace; either way, the 15 minute TED talk will tell you all you need to know. This book seems like Sinek took the core idea and expanded it to book length by adding in empty and poorly researched filler content, as a grab for extra cash or prestige.

Should I read this book? 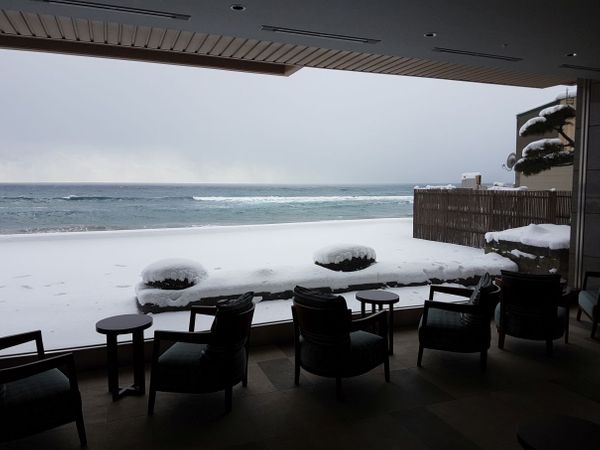 I tripped over to Japan for the third time in February of this year; yes I know this is a few months late. Besides just needing a holiday in general, I wanted to

I set goals at the beginning of each year, to help keep some direction and track my progress.