Another book in the 'how to invest' genre, probably the last I'll read for a while. After a few, it's just rehashing the same few ideas in different ways - which is good in a way, repetition helps the ideas stick. However, despite saying that, this book actually had a few new and different takes on investment and I was pleasantly surprised.

The book is based on a series of letters written by Buffett to investors in the partnership he managed, one or two a year for a couple of decades, the 50's and 60's. The first half of each chapter, the author, Jeremy Miller, explains some idea or other that Buffett taught through these letters, and the second half contains excerpts from the letters themselves. It's an interesting structure, and reminded me of The Intelligent Investor which had a similar half modern commentary half older content format.

Miller generally takes a backseat to Buffett and the ideas in his letters, choosing to interpret and explain them directly rather than adding much of his own commentary. There were quite a few good ideas; a whole section of the book is devoted to explaining the three 'investment types' that Buffett used.

Generals, or generally undervalued securities, are those that are currently trading at a price that Buffett appraised as much less than the underlying value of the business. This could mean a little-known business that hasn't had much attention, a business trading at less than the value of all its assets if liquidated, or one with solid fundamentals that is doing poorly because of a market crash. These were originally the majority of his investments and where most of the gains came from.

Workouts were a class that required a lot of work to get value out of. Sometimes one business acquires another, and when this happens, their shares merge by being acquired by the larger. Usually when the merger is announced they trade near the acquisition price but not quite there, due to risk that the merger doesn't go through. This 'merger arbitrage' was the second category, when a merger would be researched and if Buffett thought it was a sure thing, he would buy the stock below the acquisition price.

This category I think is not the type I want to deal with in my future investing. Just like it says in the name 'Workout', it just seems like it would take too much work to find and get value out of. Plus, as I mention below, I'm not sure these opportunities exist any more.

Controls were situations when Buffett bought enough stock to gain majority control of a business in a takeover bid. He could then either fix the operations and cut costs to get unrealised value out of the company, or liquidate the company if assets were worth more than the cost of acquisition.

This is another category that is out of reach of the casual investor, if only because of the high asking price. Buying a majority of a company takes millions if we're talking about the stock market. On the other hand, it is possible to buy a small business for amounts in the thousands, from cheap online businesses or apps to buying entire cafe's. Which is also kind of a lot more than I have, but after all, aren't we all just temporarily embarrassed millionaires?

Is this advice useful?

Honestly, I think this book is better as a history book than as a practical investing guide. Buffett himself got out of the game because he thought his methods were not working as well in the changing market and technology.

His letters range from the 50's to 70's, and mostly date from before the information age when most trades began to be done by computers. As I read the book, and read about how he identified opportunities of undervalued stocks, I started dreaming of writing a program that could go through financial reports over a huge range of stocks and seek out the types of opportunities he exploited back then, on a mathematical basis. I can hardly be the first person to think of that, and there are people pouring a lot more resources into making money than I am that would have plucked that low hanging fruit. I feel it is likely that computers can now ensure there are no badly priced securities, by being far more obsessed than any human could be. Maybe I'm wrong - the existence of a single clear opportunity would invalidate that.

Should I read this book?

If you're interested in reading about how the most successful investor of the 20th century operated, then definitely. It's fascinating to read about, Jeremy Miller has done an excellent job organising and extracting concepts to build capters around, and Buffett himself is an engaging writer - his letters are like windows to a different economical world. If you're looking to replicate his success then, well, there are some solid principles and it's always good to see how something worked in the past to give more context on how it works today. I don't, however, think it would be possible to do things the same way Buffett did 5 decades ago and enjoy the same success. 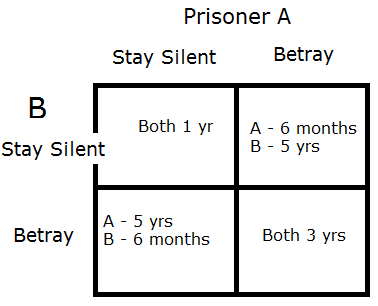 I. The Prisoner's Dilemma is something that you've almost certainly already read about if you have the slightest interest in psychology or economics. When I looked at the half formed idea for a

I. With all the post election hubbub, fake news is getting a bit of discussion. There are claims going around that the outcome of the election is a result of: The 'filter bubble'