Chasing the Scream tells the story of the origin, history and future of the war on drugs. Hari travels through 9 countries interviewing a wide range of people from all walks of life - addicts, dealers, gangsters, and doctors - in order to stitch together his narrative. He starts with three individuals alive when it all began in the 1930's: Harry Anslinger, a man on a personal mission to eradicate drugs from the world, heroin addicted singer Billie Holiday, and the gangster Arnold Rothstein. These recounts set the story for the beginning of the 'war,' and expose it's irrational origins.

After digging through the past and examining the stories of those first few individuals, he moves on to explore their modern day equivalents, and the downward spiral that has resulted from half a century of prohibition. The first half of the book thus takes you from the beginning of the drug war down to it's lowest point.

The second half begins with the work of individuals that are challenging the beliefs inherent to prohibition. A doctor in the UK tasked with prescribing heroin, who sees for himself legions of functioning addicts able to lead normal lives and eventually ditch the habit altogether thanks to prescription. A psychologist in Canada who challenged the idea that rats given heroin would all become addicts by running the same experiment in a rat paradise.

“It isn’t the drug that causes the harmful behavior—it’s the environment. An isolated rat will almost always become a junkie. A rat with a good life almost never will, no matter how many drugs you make available to him. As Bruce put it: he was realizing that addiction isn’t a disease. Addiction is an adaptation. It’s not you—it’s the cage you live in.”

The final sections of the book explore the very recent history of policy change - the decriminalization of every drug in Portugal, legal prescription in the UK, legalization in Uruguay and cannabis law changes in the US and in the Netherlands - and the overwhelmingly, unarguably positive results. He ends on a rousing note, a call to action to spread sane drug policy to the rest of the world, and joy at the direction we are moving. It left me with a real appreciation of humanity's ability to both mess things up for ourselves, as well as course correct when it's clear we need to.

This book was utterly fantastic. It gripped me from start to finish, and I tore through it in only two days. Hari manages to weave together snippets of interviews with descriptive tales that tell a vivid and all-too-close-to-home story. Hari asks so many questions that just aren't asked often enough, and then attempts to answer them as best he can. It's not perfect, but it's a story that needs to be told, one that provides all the arguments for ending the war on drugs and moving towards a policy of rehabilitation.

I would also recommend that you flip to the end and read the notes on each chapter after finishing it; there are important caveats and details about his interviews and quotes, and reading all the way through without being aware of them definitely warps the narrative you're presented with. You might think it curious that these admissions are included at all. It weakens the narrative, so why include it? This is where some context is important. Hari was involved in a plagiarism scandal several years ago that culminated in returning his Orwell. I tried to ignore that messy history and give him the benefit of the doubt with this book, but that history is probably what motivated such a detailed notes section.

In summary, I recommend this book for everyone. Despite it's somewhat biased and polemic writing style, it's an important account of the drug war in all it's facets and has lent me a huge amount of insight around the topics of addiction, drug prohibition and the history of the 'Drug War' era.

This is the third of four posts about my recent trip to Japan. Previously, The Food of Japan Kyoto was a city steeped in quiet reverence. We spent our days walking through a 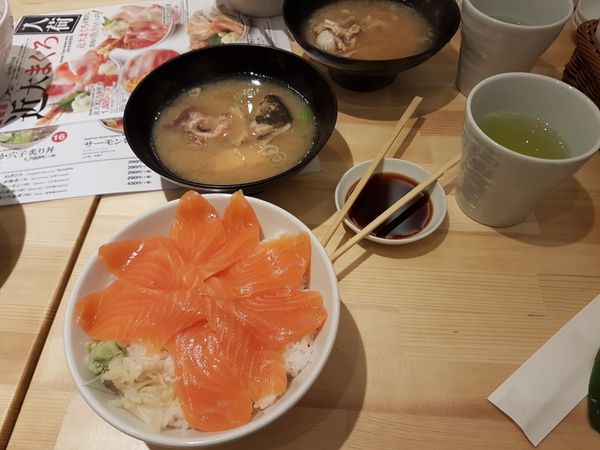 This is the second of four posts about my recent trip to Japan. Previously, we met Japanese Buddha in Tokyo I love food, so I had to try as many different things as

Stochastication
—
Book Review - Chasing The Scream: The First And Last Days Of The War On Drugs - Johann Hari
Share this