Book Review: What Every BODY Is Saying (Joe Navarro)

I went into this book expecting a fluffy, nonsense business book, partially from the ridiculous pun in the title and partially from past experience. You know the type, those books that promise new information but just end up either full of empty, obvious platitudes, or full of information that lacks any sort of scientific backing. I have to say though, I was very pleasantly surprised by this book. Joe Navarro really does know his stuff, and contrary to making assertions willy nilly, he is constantly reminding the reader throughout the book that this is a very inexact science and there is no such thing as a one-size-fits-all 'tell'. The old advice "If someone touches their nose, they're lying" is bullshit, as is any advice that claims to work every time.

Most of the book goes through the various parts of the body, and behaviours associated with the body part. There are chapters on the feet, legs, hands, arms, torso and face. The chapter on feet, for example, goes into behaviours like locking feet around your chair (a very defensive posture), standing on one leg with the other foot crossed (an unbalanced and vulnerable posture that implies comfort as you're letting your guard down), or pointing one foot away from the person you're talking to (a sign that you want or need to leave the conversation). Usually there are multiple interpretations to any one action, and everything has to be taken into context.

Some interesting ideas that the book covers:

I've already found some of the ideas from the book useful in my own personal life. I've successfully noticed distress in my girlfriend on a couple of occasions when she was bothered, and on the few occasions I've remembered to be mindful of it, I've been far more 'present' at work meetings and able to tackle objections I could see were coming before they were even voiced.

Besides general body language awareness, the underlying premise that the book is trying to teach is in the title of this post - there is no 'Pinocchio Effect.' There is no 'tell' that guarantees that someone is lying, nor even one that works most of the time. Everyone is different and everyone has different pacifying behaviours, habits, and levels of base comfort. The real key to detecting deception is this:

The key is watching for changes in response to triggers, not in looking for signs in and of themselves. A good example is a story Navarro tells about a time he had a suspect and tracked down his accomplices. They presented the suspect with over 30 cards with names on them, and for each one asked "What do you know about this person?." They ignored his answers, as they were probably lies, and instead just watched his body language.

"When he saw two names in particular, his eyes first widened in recognition, and then his pupils quickly constricted and he squinted slightly. Subconsciously, he clearly did not like seeing these two names and somehow felt in danger. Perhaps those individuals had threatened him not to reveal their names."

Navarro goes through an interviewing methodology in the last chapter of the book that outlines this in more detail, for anyone who might need it. It was very interesting, but the only interviewing I ever do is for software engineering roles, and it's unlikely any of them are hiding a murder from me.

Do I recommend this book?

If you are like me and fairly clueless about body language then I'd say it is a definite yes. Far from pretending to have all the answers, this is a very measured and thorough look at body language in all its different facets. No single thing in this book really surprised me or made me think 'this will change my life,' but I definitely think this has given me a new lens through which to view the world, and if I remember to apply that lens, will pay dividends down the road. 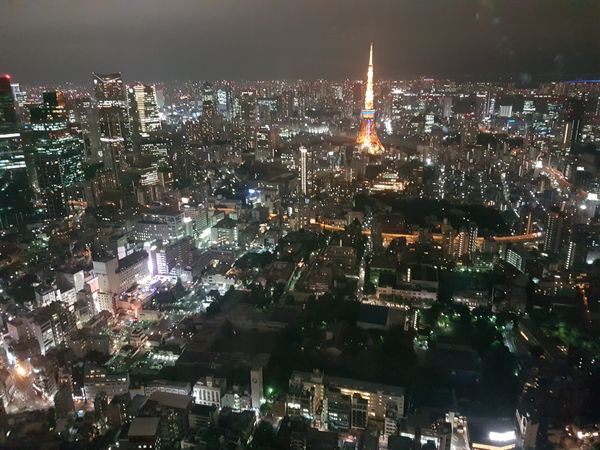 This is the first of four posts about my recent trip to Japan. Table of Contents Tokyo City Harajuku and Takeshita Dori Akihabara and Super Potato Mori Tower and Sailor Moon Saltwater Gardens

"This place is not a place of honor. No highly esteemed deed is commemorated here. Nothing valued is here. What is here is dangerous and repulsive to us. This place is a