Travelled from Vienna, stopped over in Bratislava, Slovakia for lunch and arrived in Budapest that night. We also stopped for lunch and got ripped off. Most of Bratislava is ridiculously cheap. Not quite as cheap as the videos above, but 30-cents-for-a-bottle-of-coke cheap.

So we sat down at a restaurant near the castle, and the prices were double what we expected. No matter, we decided to just get a light soup each.

The waiter brings our a jug of tap water (without us asking for it, mind you) and our soups. Not bad, we think. Then we get the bill, and we've been charged 4.5 euro per litre of water (18 euro worth of water in total), and 6 euro for a 'service charge' (aka, compulsory tip). What was meant to be a 3 euro bowl of soup ended up being a 3 euro soup, plus 4 for water, plus 1 for service, after splitting the costs between the six of us.

We look up while working out the bill and three other 'waiters', read 'bouncers in suits' were hovering around the tables, watching for us to make a run for it. It wasn't too bad in the end, 4 euro each is better than getting mugged. Lesson learned, this is a common occurence in eastern europe! 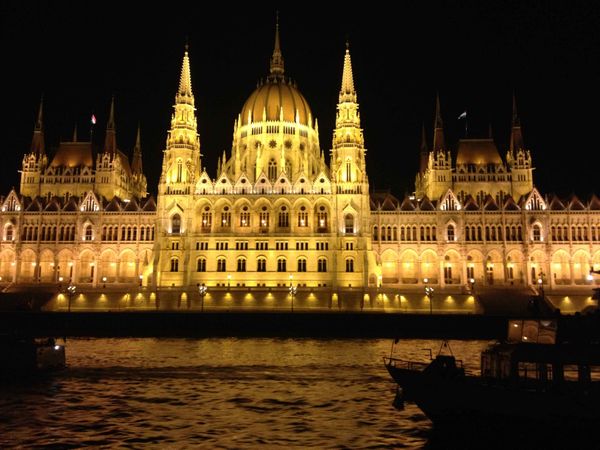 Originally posted 29/07/13 Today was spent exploring Budapest, we had a tour in the morning, went and visited a ruin bar at lunch, and finished off the day (and the contiki) 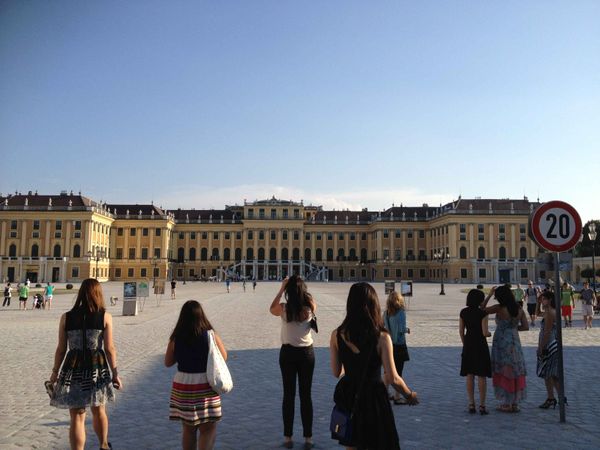 Originally posted 27/07/13 The only full day in Vienna ('Wien') today so we had quite a busy one. We did a brief walking tour of the city, stopped into the original