So I've landed in Berlin, it's currently 3 am as I type this after getting home from a night out. I'm not gonna list every little thing I do, because I think that's pretty boring to read, it's like a shopping list of activities. Instead this blog will probably just be dot points of random thoughts and things that I come across.

The first thing I was greeted by after I checked in at the Melbourne Airport was a stand offering free samples of Absolut vodka. Calm some jittery nerves? I think so.

Holy crap, the shopping in Melbourne International. It was as bad as IKEA, I couldn't get to the gate without running a gauntlet of duty free designer outlets first.

As I landed in Doha, at first I thought it just looked like the Aussie outback. Until I saw the city - and it was yellow. Sandstone building against sandstone building, it almost blended into the desert. Probably 3/4 of the buildings in the city were yellow sandstone, and those that weren't had been painted light grey or white to stave off the heat. When I left Doha, it was the same for all the other places we flew over, I would have had trouble picking them out from the desert if it wasn't for those good old black asphalt highways snaking their way through the sand.

Planes will never cease to amaze me. We get in a giant metal tube, which burns dead dinosaurs to spin big metal blades and throw itself into the air at hundreds of kilometers per hour. 23 Hours later and I've traveled 15970 km across the other side of the world. Technology is awesome.

The dust over Doha was ridiculous. At first I thought it was fog because we were getting in at 6am. Then when it was 35 degrees outside I figured it must be smog. It wasn't until I was flying out that I noticed the constant grey-yellow haze hung everywhere over Qatar, not just the city, and that it cleared up over the ocean.

I'm still trying to wrap my head around the population difference of Europe compared to Australia. Out the window of a Sydney->Melbourne flight, cities and towns are few and far between. Over Poland, the countryside was absolutely littered with towns. Most of them couldn't have been more than a 15 minute drive or so apart, I could count between 10-30 different towns from the view from my window at most times.

Something I had heard about Germany was that they are a world leader in renewable energy, So I had to laugh on the descent into Berlin when I could see clusters of giant wind turbines speckled everywhere across the countryside.

Arrived, met everyone and went to dinner (Where I tried an... interesting tasting banana and cherry beer), then had a quick tour of Berlin on the bus and then we were let loose on Berlin.

The group I went with ended up at the Hofbrau Beergarten, got home eventually at 3am. I had to figure out the public transport system to get us all home but it was surprisingly not that bad, the public transport here is great. Our guide explained it as "They were expecting about 7 million to settle after the wall was torn down but only ended up with 3.5 million, so the public transport is awesome because it's underpopulated."

Also found a nifty contraption at the restaurant made of lots of tubes of flowing liquid. Note the numbers from 1-12 on the left and from 0 to 60 on the right. It's a clock! 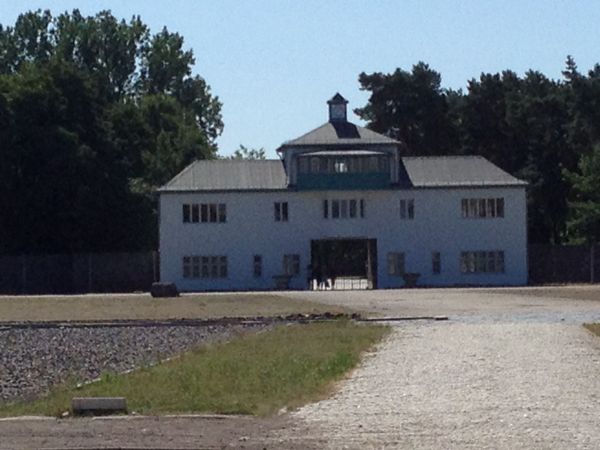 Originally posted 21/07/2013 Hectic day and running on about 3-4 hrs sleep. We visited Sachsenhausen concentration camp in the morning, I met Sam in the afternoon, then had dinner at the 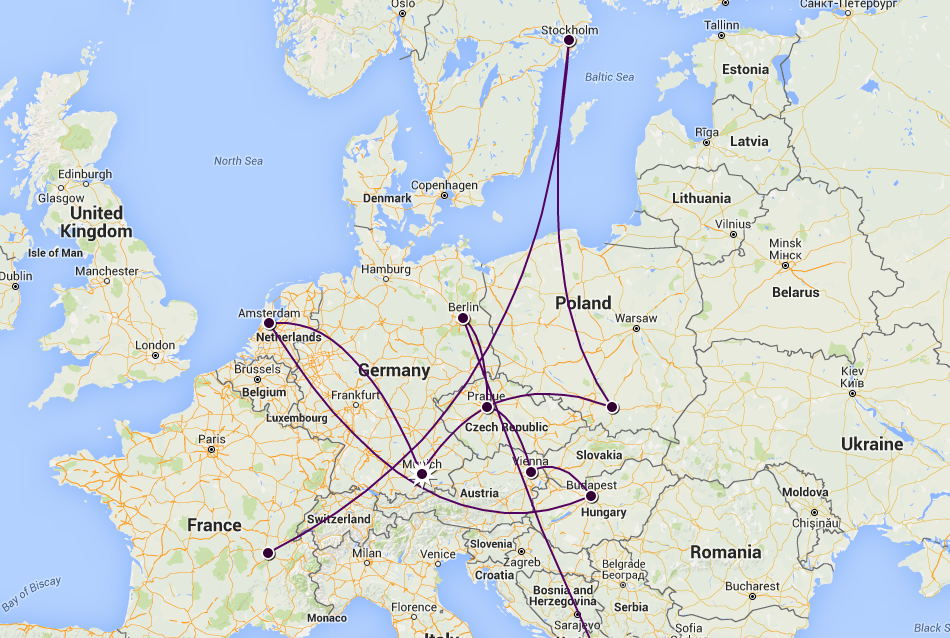 Originally posted 17/07/2013 I've decided that now might be a good time in my life to start a blog. I'm heading off on exchange to Lyon, France for six months, and